The construction team has worked hard to get us back on schedule after the rain and cleanup delays. The work for the week progressed well.

Concrete was poured on the north and south side areas. They saw cut a new door on the south side of the building, the second confessional, north windows, new entry to the electrical room and cleaned up a number of old openings. Old gas meter and main gas line (an 8 foot assembly) has been removed allowing for construction work to continue on the south side.

Next week: Remove Father’s office ceiling to reposition the roof drawing pipe; begin filling in old building doors and windows not longer needed; final grading, ABC stone and concrete on the west side to begin.

Do we dare say that we will see the walls starting the early part of October? As the walls go up, we hope that this will encourage everyone to give to the Building Campaign. 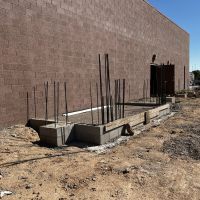 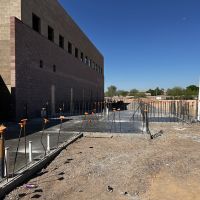 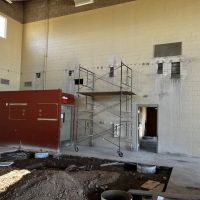 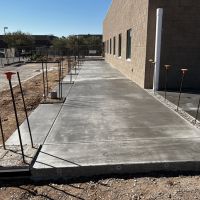